There’s no such thing as humane dairy

It continually baffles me how many people believe that cows just produce milk – like it just starts flowing out of them. Some of the wildest things I’ve heard include “cows udders will explode if we don’t milk them” and “cows milk is made for humans.” I admit that when I was a kid I thought that cows just produced milk, but as I got older that narrative made no sense! From an evolutionary stand point why would cows bodies rely on humans to milk them?

Just like humans, cows produce milk when they give birth…in order to FEED their baby. So any dairy cow will have to be repeatedly inseminated to produce calves so that their milk supply stays steady and they produce milk for humans to consume. To produce milk, a cow must give birth. In the United States, cows are re-impregnated every 12-14 months until their bodies become exhausted. According to the US dairy census, 75% of all cows are artificially inseminated, which requires a human to insert an arm up her rectum and an artificial insemination rod with bull semen into her cervix. And what happens to those babies if they’re not getting their mothers milk? They’re usually separated from their mother very soon after birth and put on a water based formula mixture. This deprives them of the colostrum in their mothers milk which carries vital nutrients and immune protection for the calves.

This whole experience is, understandably, traumatic for the calves and mother cows. More than 95% of all calves on dairy farms are physically removed from their mothers within 48 hours after birth, so this is something that also occurs on small and “humane” farms. Female calves are kept in hutches until they become the next generation of dairy cows, while male calves are sold for veal or beef. If sold for veal they are confined in small crates that often prevent them from even turning around, before they are slaughtered at only 18-24 weeks old.

Because of industrial breeding cows produce about 5x more milk than normal which puts them at risk of reproductive problems and udder infections. They are milked ten out of twelve months per year, seven of their nine month pregnancy. Milking occurs about 3 times a day. Many U.S. dairy cows are confined in primarily indoor operations, with more than 60% tethered by the neck inside barren stalls, unable to act on normal behaviors.

The industry also drastically cuts short their life span (which is 20-25 years) and sends them off to be killed at 4-5 years of age. They spend their whole lives being stolen from by humans and then in the end they’re murdered. They’re often sold as “cheap meat” for pet food and hamburgers.

The dairy industry is lucrative. They splash their “Got Milk” campaigns in every school cafeteria and in every magazine featuring highly payed celebrities. They’ve convinced people that we need to drink another animals milk into adulthood and it supposedly makes us healthy? Even though studies show that countries with higher rates of dairy consumption also have higher rates of osteoporosis. There’s a reason why we wean off breast milk and it’s not to start consuming another animal’s breast milk. That makes no sense.

Health facts aside the truth about the industry and the simple fact that dairy milk doesn’t belong to us is enough reason not to consume it. The dairy industry is simply cruel and stealing from another animal is not okay – ever. Cows should be able to have familial bonds and live out their natural lives. Just because humans are in a position of “power” doesn’t give us an excuse to abuse it. Live kindly.

This entry was posted in Uncategorized. 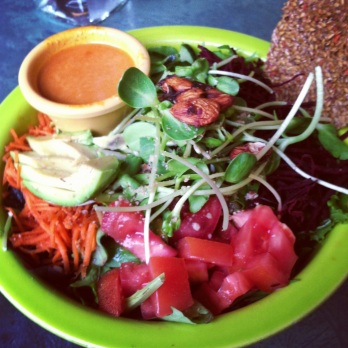 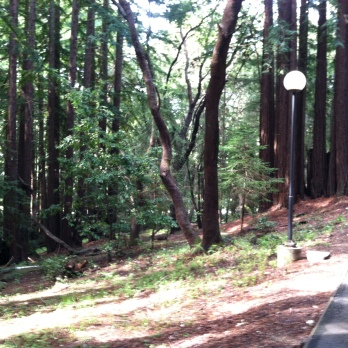 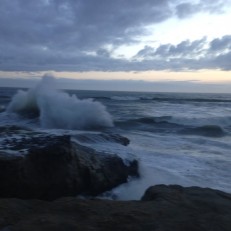 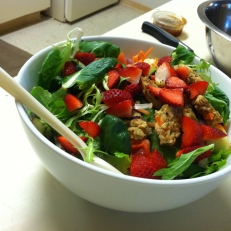 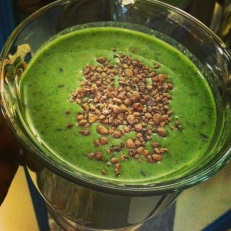 What am I not doing as a white person right now? Telling Black people how to respond and react to the cold blooded murder of George Floyd by a racist cop, and the countless other murders of Black people by police. People have been murdered. People need to be heard. I could care less if a Target was burned down. It took 4 days 4 DAYS for one arrest to happen. If you are more concerned about the destruction of property then the pain, fear, and anger of Black people responding to the murder of other Black people at the hands of people paid by their very own tax dollars than you are part of the problem. What AM I doing? Donating to the @mnfreedomfund, trying to use @vegnews platform in an effective and meaningful way, sharing content and words generously created for free by Black writers/activists/creators to educate myself and others, continuing to call out racist comments and jokes by those around me, and most of all listening. If you are white and posting about the looting but endlessly silent on the seemingly endless murders of Black people at the hands of police then you need to take a hard look at your priorities and, honestly, own up to your own internalized racism. The one time I was ever pulled over I was worried I was going to get a ticket, not be killed. That is a massive privilege and it should not be that way. Now is the time for white people to listen, to donate, to show up when and where you can, to always speak up even when it’s uncomfortable, to think about the ways you can better support Black people in your community, and to do the work to unlearn and educate yourself. The burden is on you, is on me, to become a better person than the society we grew up in.
Just watched Funny Face 👒🥂✨ quaran-fashion.
My dad bought me @speedo goggles yesterday, so I guess you could say my swimming career is getting pretty serious. 🏊🏼‍♀️🏊🏼‍♀️🏊🏼‍♀️🏊🏼‍♀️🏊🏼‍♀️🏊🏼‍♀️🏊🏼‍♀️🏊🏼‍♀️🏊🏼‍♀️🏊🏼‍♀️🏊🏼‍♀️🏊🏼‍♀️🏊🏼‍♀️🏊🏼‍♀️🏊🏼‍♀️🏊🏼‍♀️ spending everyday after work in my elderly Italian neighbor’s pool (no contact) that I’ve been swimming in since the day I was born is 100% the best perk of moving quarantine locales. Also fun fact I used to be on @universityofthepacific junior swim team for 8 years (swipe for me not knowing how to take a picture). Could kill a 200 meter breaststroke though.
(Brief) new work from home location update and new quarantine buddy. 💫 gonna do some much needed healing by hanging out in my parent’s garden eating fresh plums (update just ordered a hammock to put under the cherry tree) and swimming everyday in my neighbor’s backyard pool (no contact of course) and morning walks with this one for a bit ✌🏼#quarantineinthesuburbs
24 years ago the most competitive, stubborn, disciplined (when he wants something), athletic person I know was born. And also my adventure partner and reluctant best friend for life. You have always pushed me to take risks, be more spontaneous, and have always been my biggest competition in a healthy “drive me to be better” way. My brother is the type of person who says stuff like “every time I start to feel sick, I just go for a six mile run and then I’m fine” and ABSOLUTELY means it. He’s the total risk taking daredevil to my over-cautious self. A Gemini and a Virgo are siblings made for some conflict. 😂 We are different in SO many ways but I feel so lucky that we both understand each other on a fundamental level that just no one else ever will. The only person who knows exactly what to say or do to both irritate me beyond all measure and make me die with laughter in the same moment. Maybe this is the year you learn to give proper hugs and not squeeze all the air out of my body while trying to see how far off the ground you can lift me? But even if it’s not, I don’t really mind because I love you and I feel so lucky to have you as my brother. I’m so proud of you. I can’t wait to hike with you and drag you to more indie music shows and let you ruin all my videos and watch you absolutely shine for the rest of my life. Happy Birthday, @_ryanmclaughlin! ✨🎉🎈
Grateful for my community through all of this. 🌿 For having a job that lets me shed light on people and businesses and efforts to help others (donate to @supportandfeed!!) through an unpredictable and all-around stressful time. I’ve gotten to see first-hand @supportandfeed’s incredible work and the way it has really, seriously re-energized small restaurants in this hard time. Grateful for nature that provides all we need to survive and thrive. And currently, grateful for @thekindsage beautiful new Agoura Hills location and Heirloom pizza, jackfruit nachos, cauliflower wings, vegan cheesecakes, and house-made margs to-go. Food that I didn’t have to make for myself 🌿👏🏼 and for @janetterfernandez keeping me fed and connected. 🍕focusing on the good